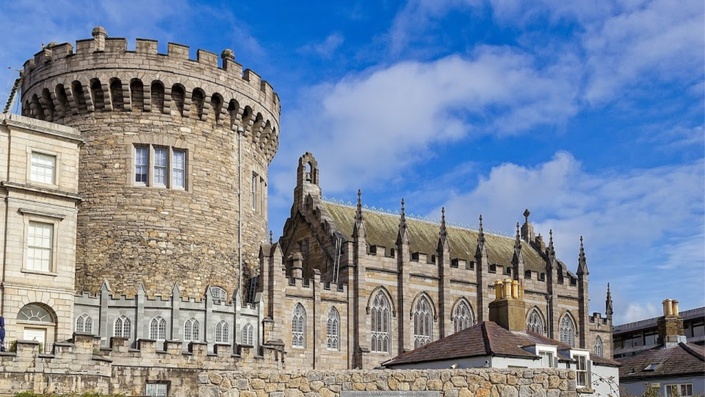 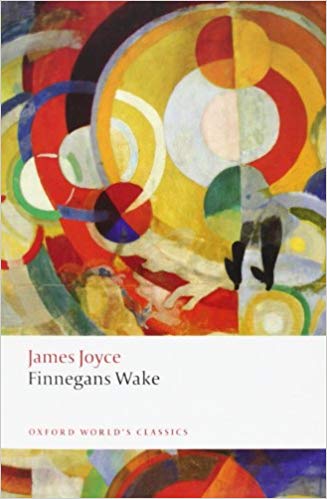 “Life, he himself once said (his biografiend, in fact, kills him verysoon, if yet not, after) is a wake, livit or krikit, and on the bunk of our bread-winning lies the cropse of our seedfather, a phrase which the establisher of the world by law might pretinately write across the chestfront of all manorwombanborn.”

Every element in every book read to this point has prepared us to enter the dreamscape of what many have called the most difficult English language book ever written.

"I've put in so many enigmas and puzzles that it will keep the professors busy for centuries arguing over what I meant. And that's the only way of insuring one's immortality." -- James Joyce on Finnegans Wake

Crafted with the attention to detail of a woodcarver recreating the entire Sistine Chapel ceiling on a wood panel the size of a shoebox lid, Joyce’s masterpiece drew comparisons to Shakespeare, Dante, and Homer. It’s allusions cover the whole spectrum of Western and Mideastern mythology. It’s themes are hidden in an elaborate lexicon of puns, and portmanteau constructions that Joyce organized into a complete glossary of thousands of new words solely for the purpose of writing this, his final novel.

By the time we reach this stage of our journey, we have read and come to a deeper understanding of five books that inhabit the rarest air of the literary canon of our time. Guided by Joseph Campbell’s annotations, in his book A Skeleton Key to Finnegan’s Wake, we now plant our flag atop the summit of the literary Everest.

This course is the sixth in a series we call The Himalayas of Literature.